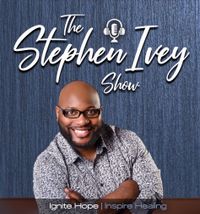 Connect with us on Social Media!

A native of Tulsa, OK Stephen Ivey, or "Professa" as his friends affectionately call him, comes from a rich lineage of preachers and musicians, reaching back a total of 5 generations. From a very early age, Stephen would be seen mocking musicians, directors, and preachers in the church; you can say that Stephen almost had no choice but to preach and reach people through music and the Word of God.

Stephen, in the past, has also been privileged to serve as an adjunct professor at the University of Arkansas, where he led the University's Gospel Choir, The Inspirational Chorale". He's also been able to accompany some of Gospel music's great names, names such as Crystal Aiken, Byron Cage, Kathy Taylor, Richard Smallwood, and the list continues to grow. Some of Stephen's main musical influences are his Uncle E. Eugene Brown, Fredrick Williams, Fred Hammond, Kevin Bond, Jason White, and many more. One of the fondest childhood memories Stephen cherishes to this day is spending the summers in Wewoka, OK at his great-grandparent's house, and being able to play music all day on their organ and piano.

As a songwriter/producer, Stephen also created Ivey League Productions (ILP) to specialize in creating music, dramas, and other creative expressions to reach the soul of humanity. The company has since released three albums, one EP, and two singles with more music and books scheduled to be released mid to late 2020. BE ON THE LOOKOUT!

Following the leading of the Holy Spirit, Stephen accepted his call to preach in the winter of 2004 and was licensed and ordained to preach the Gospel in June 2005 by Rev. Anthony Folks, Pastor of Mt. Zion BC in Boynton, OK. Since that time, he has been very actively ministering the Word of God. One of Stephen's greatest passions is to see young people empowered and living within their God-given purpose. His philosophy for ministry is what he calls his "Rule" it's an acrostic that stands for (Restoration, Understanding, Love, & Empowerment). Stephen likes to think of himself as "a preacher who is musically gifted". The ministry of preaching God's Word is one of Stephen's greatest joys!

Stephen's favorite scripture is Galatians 6:9, which says, "And let us not be weary in well doing: for in due season, we shall reap if we faint not."

Stephen is the husband of Mrs. Ashlie (French) Ivey, and together they have four children Taylor,  Josiah, Lillian, and another child due late this summer!